You are here: Home / Blogging / Reflections on the Train Journey 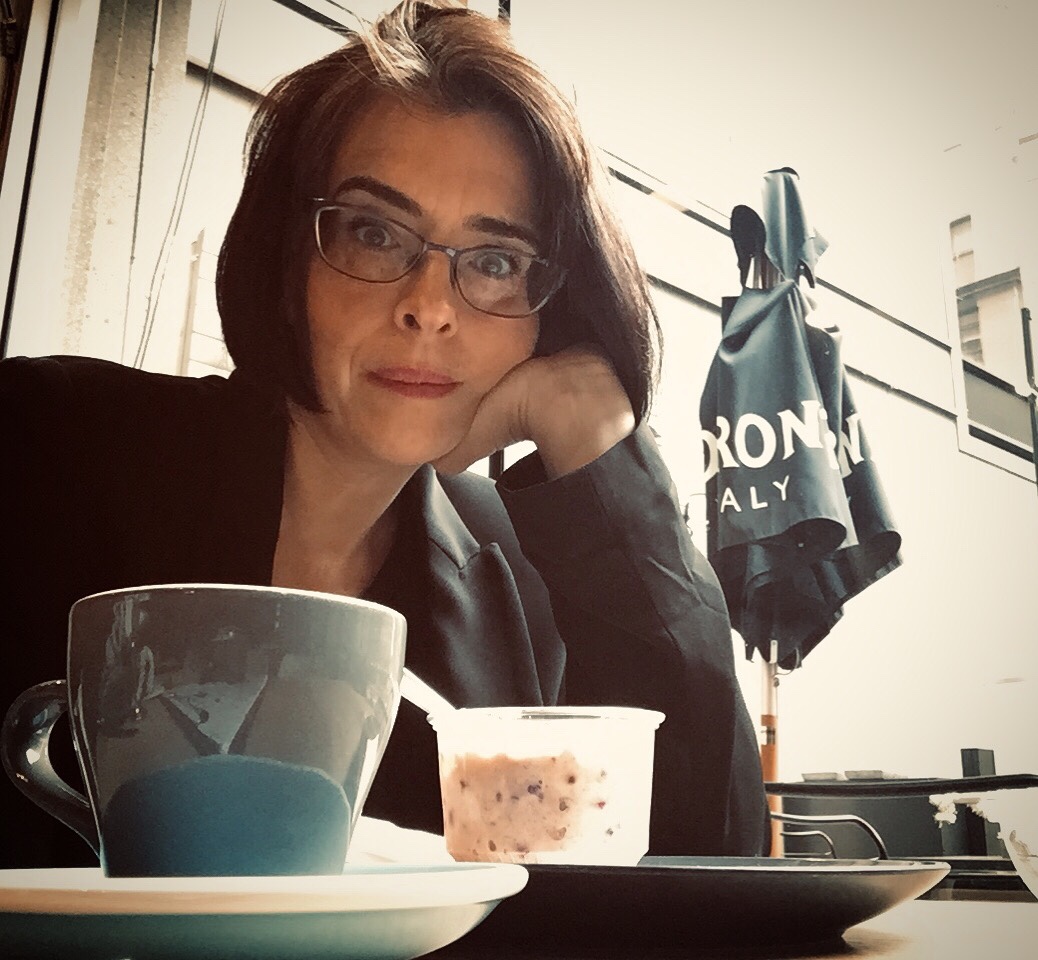 Me NOT in a train but later, at a cafe

I’ve downloaded the WordPress app on my phone and I’m going to have a go at “mobile blogging”. Collecting random thoughts in draft blog posts so that I can set aside time to pull them together into a cohesive piece a bit later on.

What’s been on my mind lately is the plethora of articles online but also members of my network getting off social media.

Also I don’t trust much of what is written anymore because I’m not sure if it’s fake news or someone with vested interests through business connections and affiliations or trying to flog their products. Frankly, I’m also tired of having to continually seek out posts that have something of value outside of the above such as personal experiences; reflections of work and insights that can make me think or at least, apply in my own work.

Also I’m getting a tad tired looking for something new and different that doesn’t come from a website that everyone else is reading too. There’s only so much of HBR you can read (and even then, you can’t go past their limit if you’re not a subscriber).

There are days where I just trawl my Twitter lists and see the same stuff tweeted, shared and retweeted. Like the elusive gold nugget, it seems like we really need to explore elsewhere, go deeper or just give up on it ever finding it.

Don’t get me wrong, I know the stuff is out there. However, it’s a lot of work to find the pockets of people still sharing great stuff (that is, their thoughts, projects, work). Some are still using public social networks, others have retired into closed communities with a trusted group of people/friends or have moved their conversations one to one in the safer place of Direct Messages.

I’m having more conversations with people in my DMs than out openly on Twitter. Now THAT is saying something about the state (and fear?) of not making some conversations public.

Maybe people are tired of being blasted by others for having a different opinion? Maybe they don’t want to be the person seen as not knowing answers – it’s a touchy situation being out in public space.

Over the weekend I went through this blog too which I’ve been writing since 2012 and I was amazed at how much things haven’t changed overall. In particular, the posts around learning and development and the workplace.

I have to get comfortable at things changing at a snails pace – or not at all – and not let this concern me. “Play the game”. Thing is, I’m impatient at the best of times and I also hate the politics of game playing. I really don’t care much at all about it but never have….which may explain a lot of things in my career life but you know, I wouldn’t have it any other way. I feel as if my blog has allowed me to express myself, be myself and stay true to myself.

At the same time, I went through my Feedly Pro account which I do about twice a year and noticed that even in the Discovery section (a section I go through for inspiration), many of the blogs have long since been forgotten about by their owners. Nothing written in them for long periods of time.

Is this the new trend? I don’t like it.

Things have certainly changed since I came online many years ago. As conversations scattered away from our blogs and into social media sites which have been now taken over by algorithms, it’s FINDING the new stuff from people sharing real value by way of educating or sharing knowledge or their work, real gems that I have to continually seek out. It’s never ending and it’s hard work where I’m beginning to question “why am I doing this?”

I don’t think the answer is to get off social media entirely but instead think of ways where it’s just not overtaking your life. A recent post by Mark Carrigan and indeed Euan Semple have written about this.

So where am I going with all this? I’m not entirely sure. There’s a part of me who just wants to disengage completely from LinkedIn – and lessen the use of Twitter – but there’s also a fear of thinking that I will once again become disconnected. Not in the know.

There’s another part of me who thinks I really don’t need social media to the level I’ve used it in the past.

If I can continue to create blogs, vlogs, and now, I’ve actually got a book to my name as part of a collaboration at work at Adopt & Embrace, I have something credible. I can still keep creating stuff. My network also have become friends who I can call upon at any time too. I’m part of some great online communities which I want to continue being a member. I think I’ve reached the point of social network saturation believe it or not.

This post was written on my commute to and from the city. That’s about two hours…and I rambled again. Argh. I should learn to make these posts smaller like how Andrew Jacobs (@AndrewJacobsLnD) does them in his Lost and Desperate blog.

Right. Next stop is my stop. I’m hitting Publish.