You are here: Home / Learning and Development / Learning Is A Series of Little Experiments Since finishing up my employment contract at an insurance company in mid-June this year, I have been reflecting that everything I learned about my field of Learning and Development has come about from a series of little experiments across multiple fields and different interests outside my field.  I’m very much a dabbler and an explorer and love to inspire others through my actions and not my words.

This year, my obsession has been about Australian history.  Blame Bligh.  (Here’s a photo of me at his statue at The Rocks in Sydney eating an ice cream flavour called ‘Bounty’ which is a delicious blend of chocolate and coconut as I couldn’t find any breadfruit flavoured ice cream)…

One night, I watched a documentary about William Bligh on YouTube and I was fascinated with this enigma of a man and the extraordinary circumstances he found himself in through his life.

What impressed me about him was despite having a scathing tongue capable of ripping his crew to pieces, his bark was worse than his bite.

(Seriously, what would you prefer?  Be at the end of a humiliating put-down or tied up to a post and flogged with the cat o’nine tails?  If his crew had a problem with him yelling abuse at them rather than flogging them then they obviously didn’t know what was good for them – so I’m with Bligh on this one).

The documentary inspired me to read more books about him (and the people he served with) as well as take a couple of trips up to Sydney to read his letters at the Mitchell Reading Room and meander through the oldest parts of Sydney to learn more about the time he lived.  The irony is not lost on me that somehow, in my life, I’ve been to most places that he has visited but 240 odd years later…. Portsmouth, Plymouth, Hawaii, Sydney, Tahiti, Lambeth…

But I digress once again.

Learning is Getting Out of Your Comfort Zone

Yesterday a good friend of mine Maria, photographer and film maker visited me to take some photographs of me so that I can update my website but we ended up talking about a new opportunity that had come her way.

She was invited to submit a tender response for the filming of a 30-minute documentary for one of Victoria’s most well known historical sites and she asked if I wanted to help her with this.

The brief was to devise a 6 x 5-minute documentary (that can be used in its entirety or in segments) about each of the historical sites they had set out.  The documentary was to be for an audience of secondary school students and to be published across all social media sites.

At once, we got cracking with ideas and madly wrote our thoughts down of how we could create this and settled on narrating the story from the point of view of the daughter of one of our most famous governors.  We would weave in the story of the sites through her voice through her observations of time in the hope that it would convey the message and connect with the younger audience.

After a while, we looked at our ideas and then that’s when the enormity of the project hit us.  It would require pulling in extra crew, editors and additional video skills as well as create a pre- production and post-production plan and budget.  We called the contact person to get more information about the tender to learn more about their expectations.

Our discussion confirmed that for now, this project was simply too big for the both of us and even though it was utterly scary, it was also intensely exciting to at least to have been asked to contribute and participate.

However, the best way to learn about how we could do something like this was to start small, get out of our comfort zone and do it under our own terms as an experiment.

So we reconsidered the approach.

Instead, we decided to do our own film project.

Our ideas, our footage, our themes and all in our control.

As someone who has a keen interest blending community, history and stories, I was inspired by the photos of Warren Kirk, Westographer who takes photos of people in our western suburbs in workplaces and jobs that are slowly dying away.  My inspiration was also to uncover the unknown stories of the people who worked at various workplaces now historical sites, in our local community.  For example, the bakers at the old Mentone Bakery that was so popular in the 1920s. 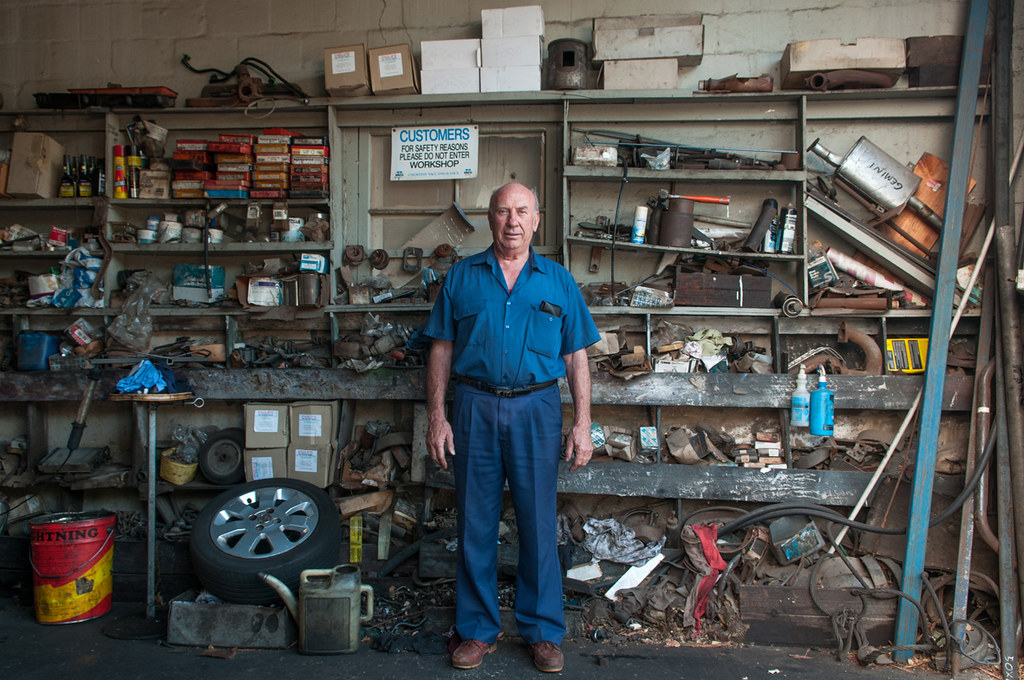 We trawled through some local historical society websites and saw that even in our own community, there are stories everywhere.

It would be a matter of coming up with a process that we can work on together, seeking out a possible grant from the local council (or if not, it will be our time), organising the interviews with relevant people, filming and editing.  I will help with the research work, finding the story and interviewing.

Here was our chance to work together on filming short 5-minute vignettes uncovering the unexplored and forgotten stories in our local community.

Now you might ask, what’s this got to do with corporate learning and development?

At a time when our own work is changing, how can you inspire your employees to take charge of their learning passions?

I believe that companies must create an environment where their employees can have an opportunity to experiment and explore with others inside and outside their field of work, industry or profession; and to do it in such a way that they drive their own learning as well as share what they learned with others.

Contrary to belief, in my experience, some employees love unexpected challenges when they are allowed, supported and guided by their workplace and managers to do so.

I’m also almost always in awe of the talents and creativity that people have and who for whatever reason, have hidden these from their managers and colleagues.  A recent video I found by John Hagel (who writes extensively on the Passion of the Explorer) says it more succinctly than I can.

However, it’s all a relatively new and the concepts of allowing people to explore and learn openly with each other (social learning) is still an enigma to business and to Learning and Development teams who cannot grapple with the idea of allowing employees the FREEDOM to pursue these interests and in the process find out how (and if) they align to the purpose of the company.

As you know, I use Snapchat to capture what I’m working and learning every day (it’s my Work Out Loud tool) so here’s the run down of my post if you couldn’t be bothered reading the above and just want it in video format…